With 195 countries globally, the competition to bring tourists in intensifies year on year. For many travellers, Guatemala isn’t an immediate go-to destination, however from first hand experience there’s plenty of reasons why everyone should make it over there.

Guatemala is undoubtedly a beautiful country with various regions to visit. A good place to start your journey through Guatemala is from Flores. You can reach Flores from either Mexico via ADO bus or through Belize either from Belize City or San Ignacio.

Flores is in the El Petén region of Guatemala. Many travellers use Flores as a great place to stop as it has great links to the famous Mayan Ruins of Tikal and is a relatively bustling town.

Guatemala offers many ancient heritage sites that are not only fascinating factually, but are outstanding to observe. Tikal is a complicated site with hundreds of temples, pyramids and stelae: the site has 4000 structures in total. It’s also a site where climbing on the pyramids is permitted but it does get very busy. In addition many tour companies and hostel groups offer sunrise tours (more expensive). For its incredible history and architectural design, this is something that is worth doing. 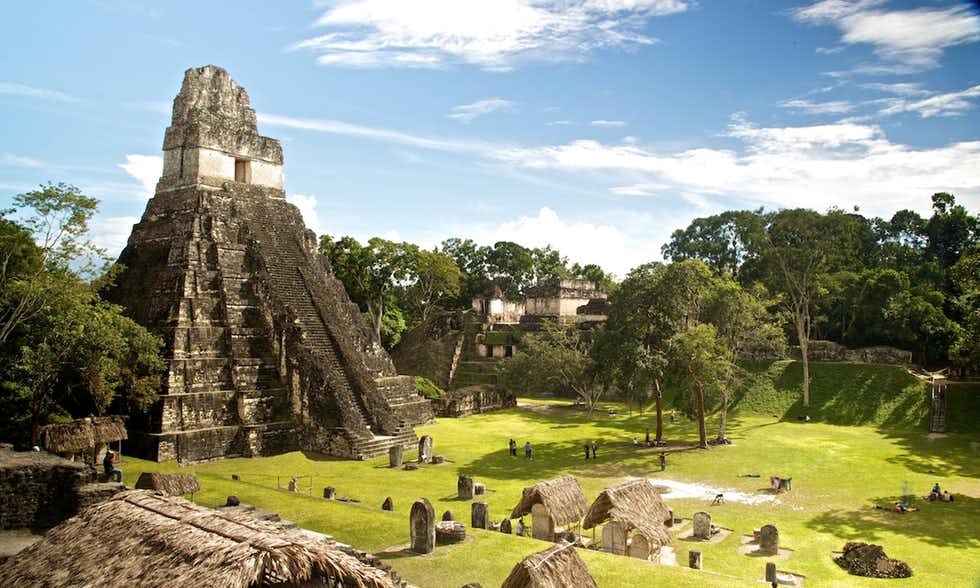 Prices for Tikal do vary depending on tour company and if you chose to see more temples than others. Price to keep in mind is an average of Q150 for an adult ticket which is approximately $20. Children under the age of 12 can visit the site for free.

Observing the temples isn’t the only thing one can do at Tikal:

There’s a frequent bus service from Flores to Tikal. By ATIM. They depart from Flores between 6.30am and 3pm. Costing Q30 which takes about 1.5 hours. They return from Tikal at noon, 1.30pm, 3pm and 6pm.

Theres also many companies that operate in Belize that do tours to Tikal.

As there isn’t an abundant amount of things to do in Flores you don’t need to stay in the town more than 2/3 nights. Yet it is worth stopping in the Los Amigos Hostel. Personally didn’t stay here but a ton of people we met had and would recommend it. Incredibly popular with backpackers as it has party evening atmosphere, beautiful location and well priced excursions to Tikal.

There are different room options from private’s, dorms, dorms with A/C and lake view rooms. Prices vary on you desired room but average for a dorm with A/C is Q110 which is about £11.

When myself and Phoebe got to Semuc Champey a group of 15 people arrived all from Los Amigos – so it really is a great place to meet people. 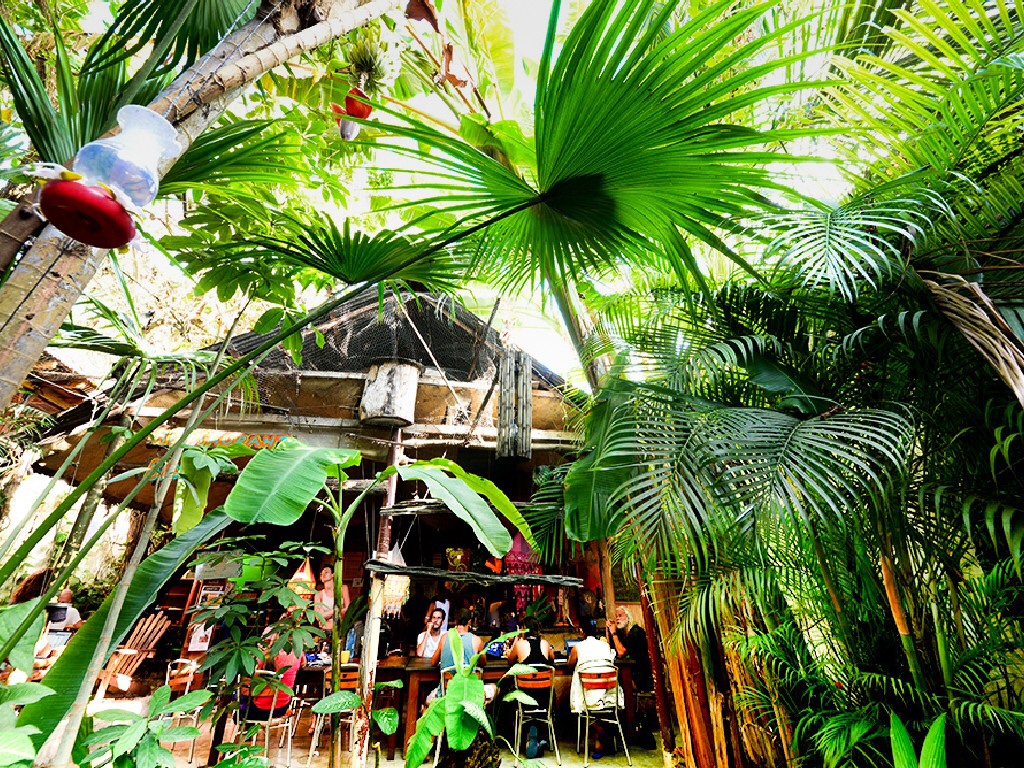 As previously stated Guatemala has many Mayan Heritage Sites which is one reason why it’s worth the visit. Throughout the El Petén region, there’s dozens of other ancient maya sites may be worth visiting if you’re particularly interested in the ancient history of the country.

Some noteworthy sites in El Petén 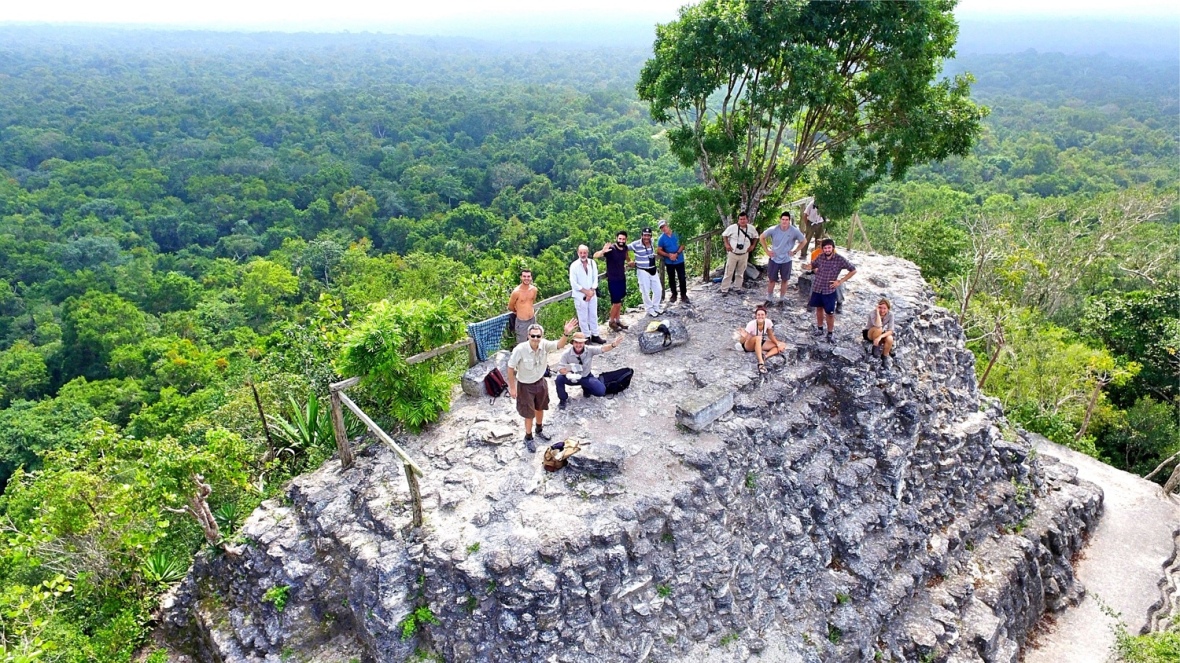 Largest Mayan city in existence and is a truly lost city that sits in a vast area of jungle.

One of Guatemala’s least accessible sites

There’s hundreds across Guatemala and there’s a few websites dedicated to Mayan Culture and the Heritage Sites with in depth information:

* Stelae – an upright stone slab or column typically bearing a commemorative inscription or relief design, often serving as a gravestone.

Since Guatemala is incredibly picturesque there’s always the opportunity to immerse yourself into the environment and surroundings. There’s no better place to do that than Semuc Champey.

The route from Flores to Semuc Champey is tedious as the roads are horrendous, but once you get to the small town of Lanquin, you realise that the tranquility and beauty of the country is worth the 10 (Ish) hour journey.

Personally, I would recommend anyone staying in the area to stay at Zephyr Lodge. This hostel was probably one of my favourite places that Phoebe and I stayed as its in such a beautiful location and was a perfect place to meet so many people. 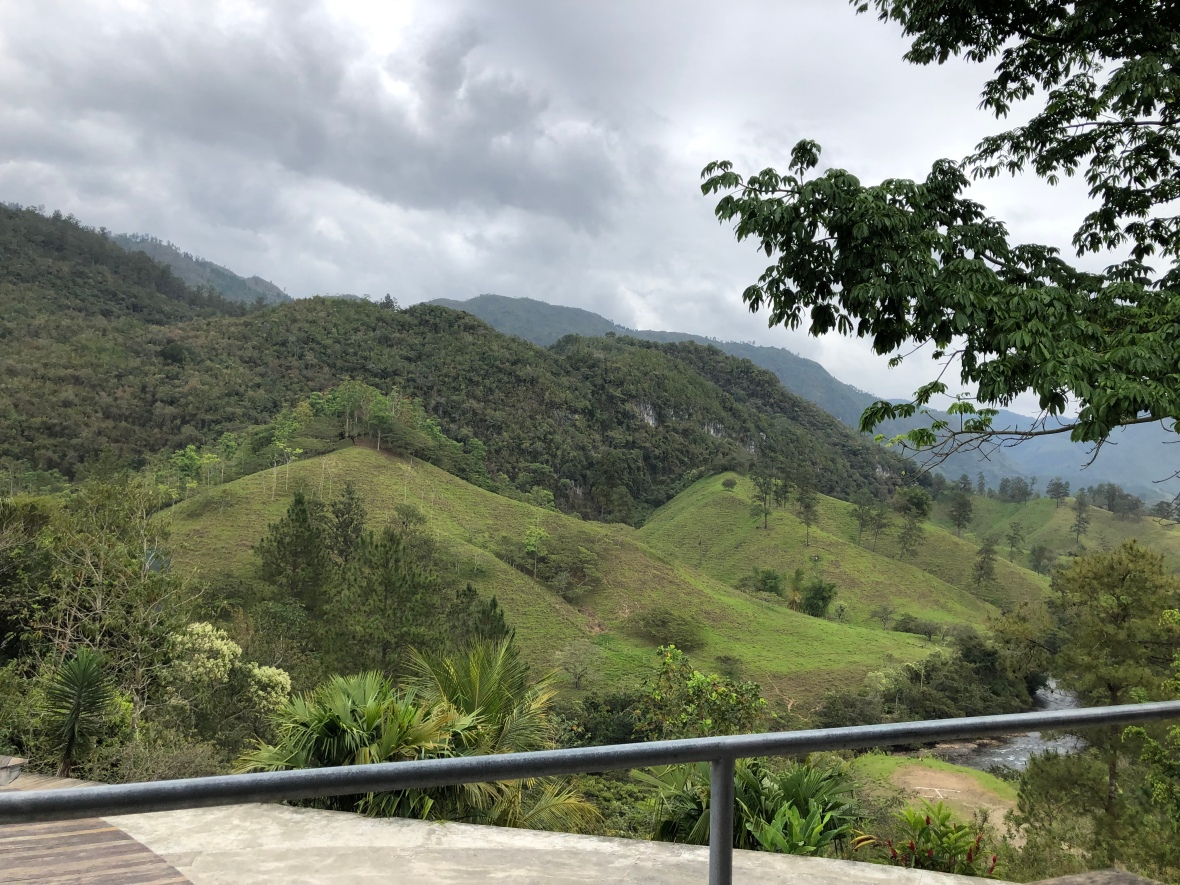 The hostel has a ton of activities they provide : caving, river tubing, zipling and provide transportation to various of places across Guatemala. We did the river tubing and the cave tour – which is where we met a lot of our friends whom we socialised and drank with in the evenings.

Generally the next onward destination from Semuc Champey is Antigua – small colonial town about 40 minutes away from Guatemala City.

As well as walking the cobbled streets admiring the array of rainbow-like painted homes, there’s plenty of stuff to do in and around Antigua, like climbing a volcano.

This was probably the hardest and most amazing thing I have ever done and I would literally tell everyone to do it if they ever have the chance.

In and around Antigua there are many volcanos and there are a bunch of tours that run for tourists to hike. We did our the overnight hike of Volcano Acatenango with the tour company with Wicho and Charlie’s. Tours can vary but with this particular company and tour we had our own campsites without the disturbance of other tour groups.

Watching both sunset and sunrise from the comfort of a sleeping bag was unreal. The whole experience was breathtaking and overwhelming. From the raucous eruptions of the volcano to the changing pastel coloured sky, it’s hard to explain what it was like into words. 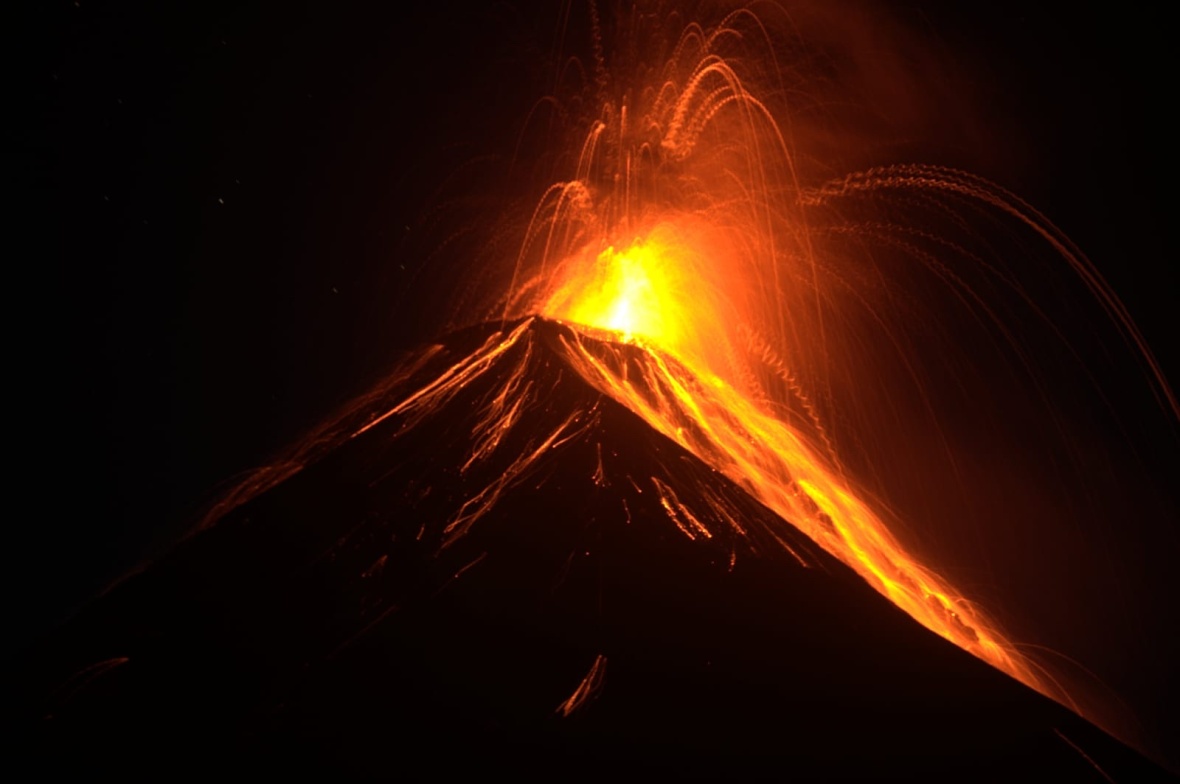 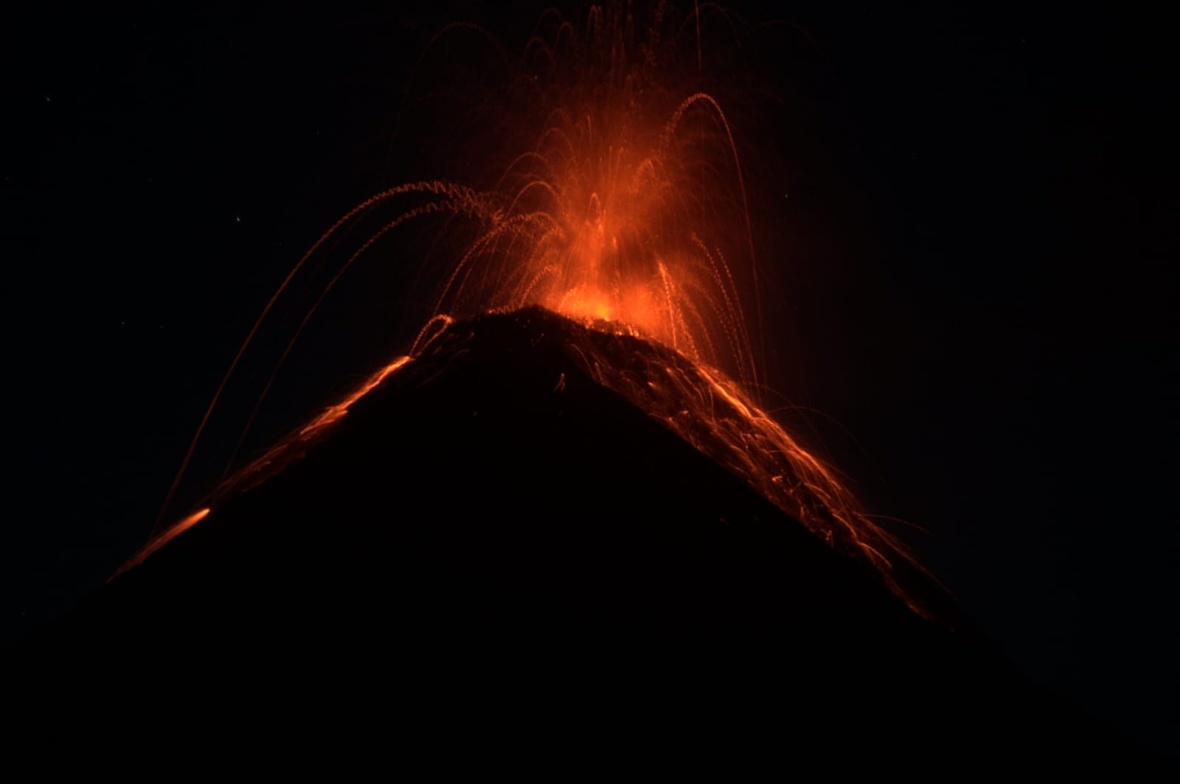 The volcano you can see erupting is Volcano Fuego which is one you can actually hike. It’s a more strenuous hike and of course, there’s the sense of danger knowing you’re climbing an extremely active volcano.

Other volcanos that can be hiked in and around Antigua:

Antigua is pretty great in general as there’s tons of great bars, restaurants and stuff to do : 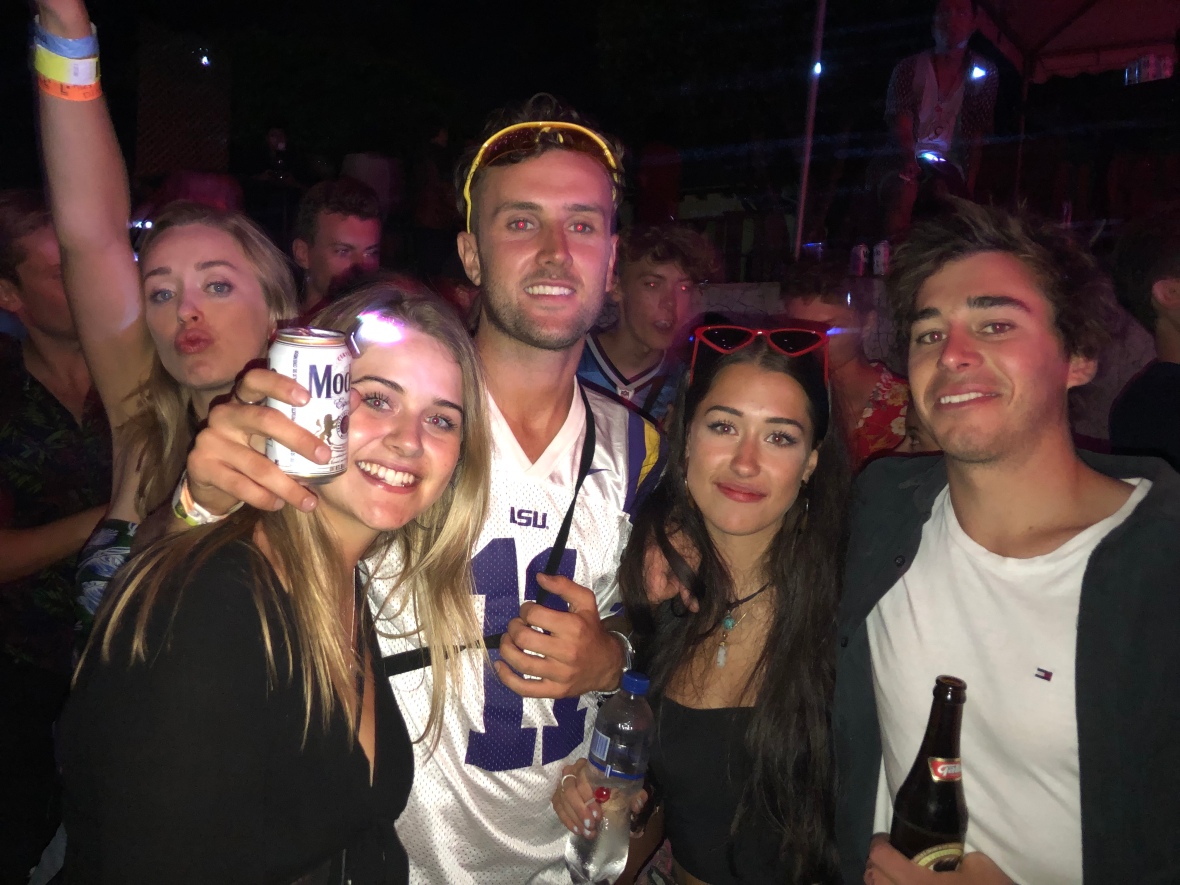 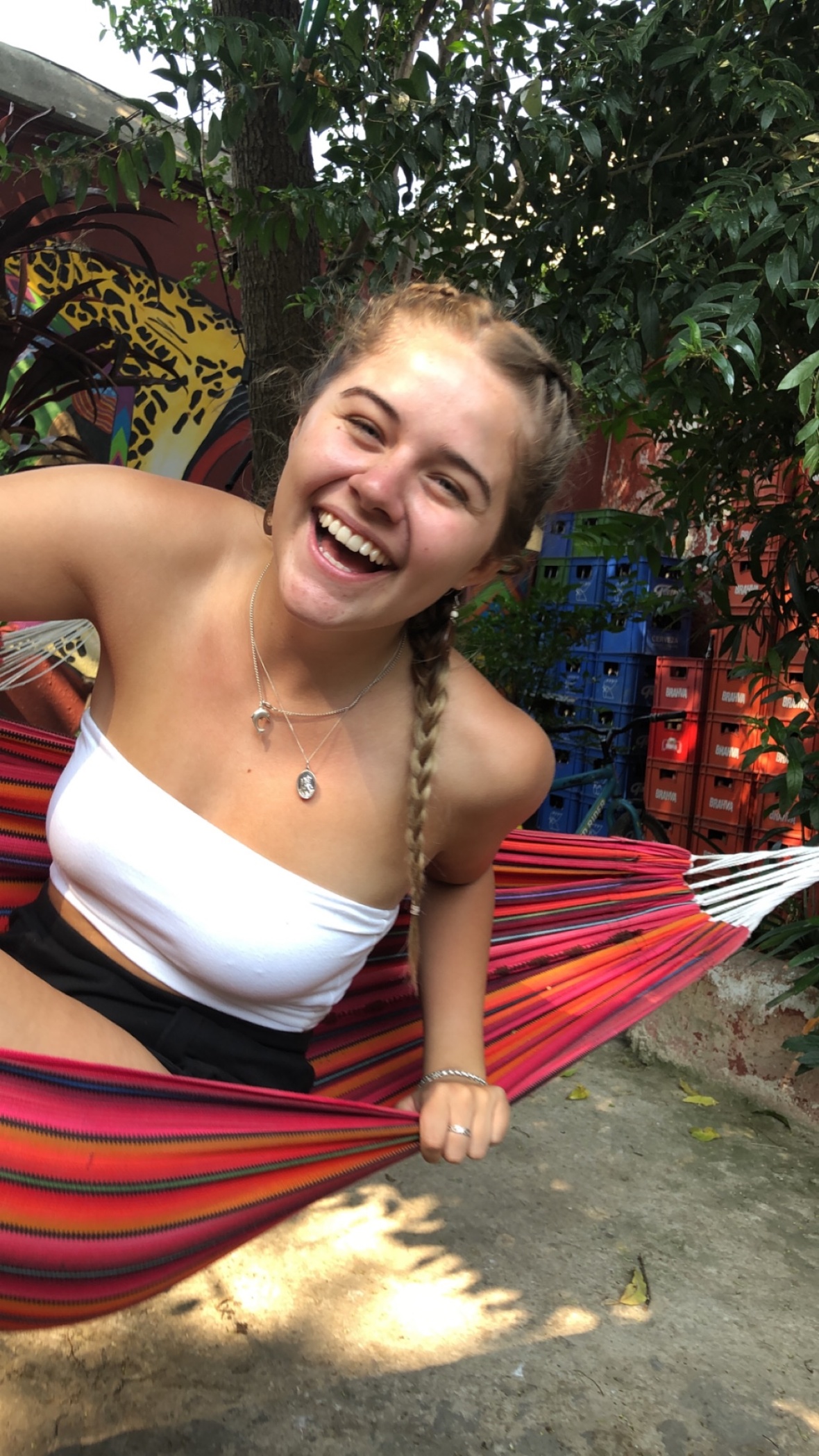 Most of the people we were with were met previously in our travels and we all pretty much stayed at the Doozy Koala: really social hostel and pretty central to everything. I’ll list some alternatives but my fave was the Doozy.

These hostels were probably the most popular for backpackers and whilst we were there, we knew various people in each hostel. Of course there are tons of others – easy found on Hostelworld.

One of the last stops for us in Guatemala for Lake Atitlan. A lot quieter than Antigua but equally as enjoyable.

Like Antigua there are volcanos that can be hiked such as:

San Pedro is said to be an easier hike but both are doable with varied views to be seen. Like in Antigua there are loads of tour operators that will do hikes for these volcanoes.

We generally spent our time in Lake Atitlan swimming in the lake and exploring the small towns that surround it. 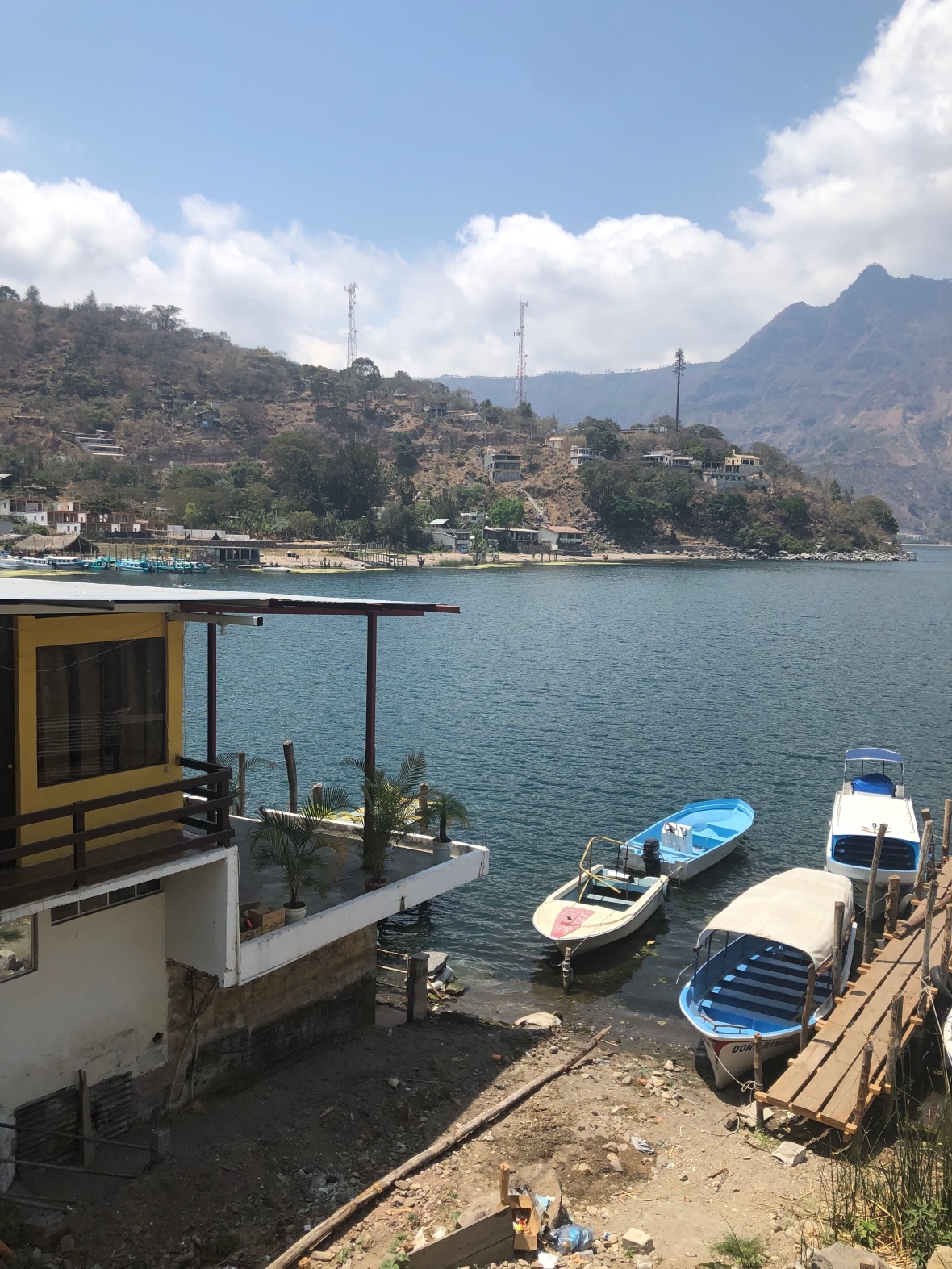 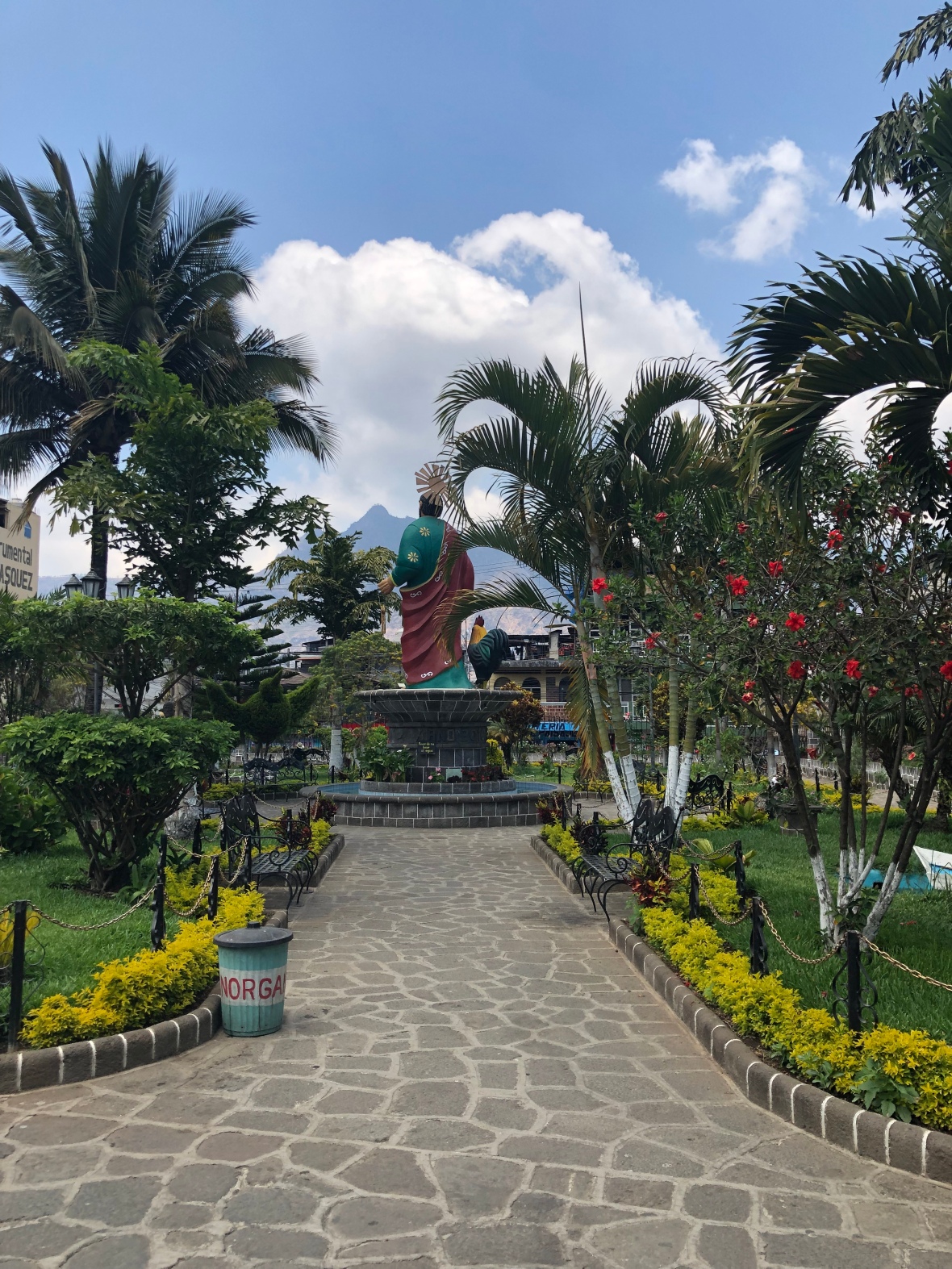 So Lake Atitlan has small towns and villages on the circumference of the lake with a choice of places to stay.

One of the most popular place to stay if Free Cervesa – translating to Free Beer (from 6-8pm). This is an eco-friendly accommodation that has its own private part of the lake. The accommodation is a made up of outside TPs or a Treehouse.

Again all these properties are really easy to find on Hostelworld or alternatively Booking.com. 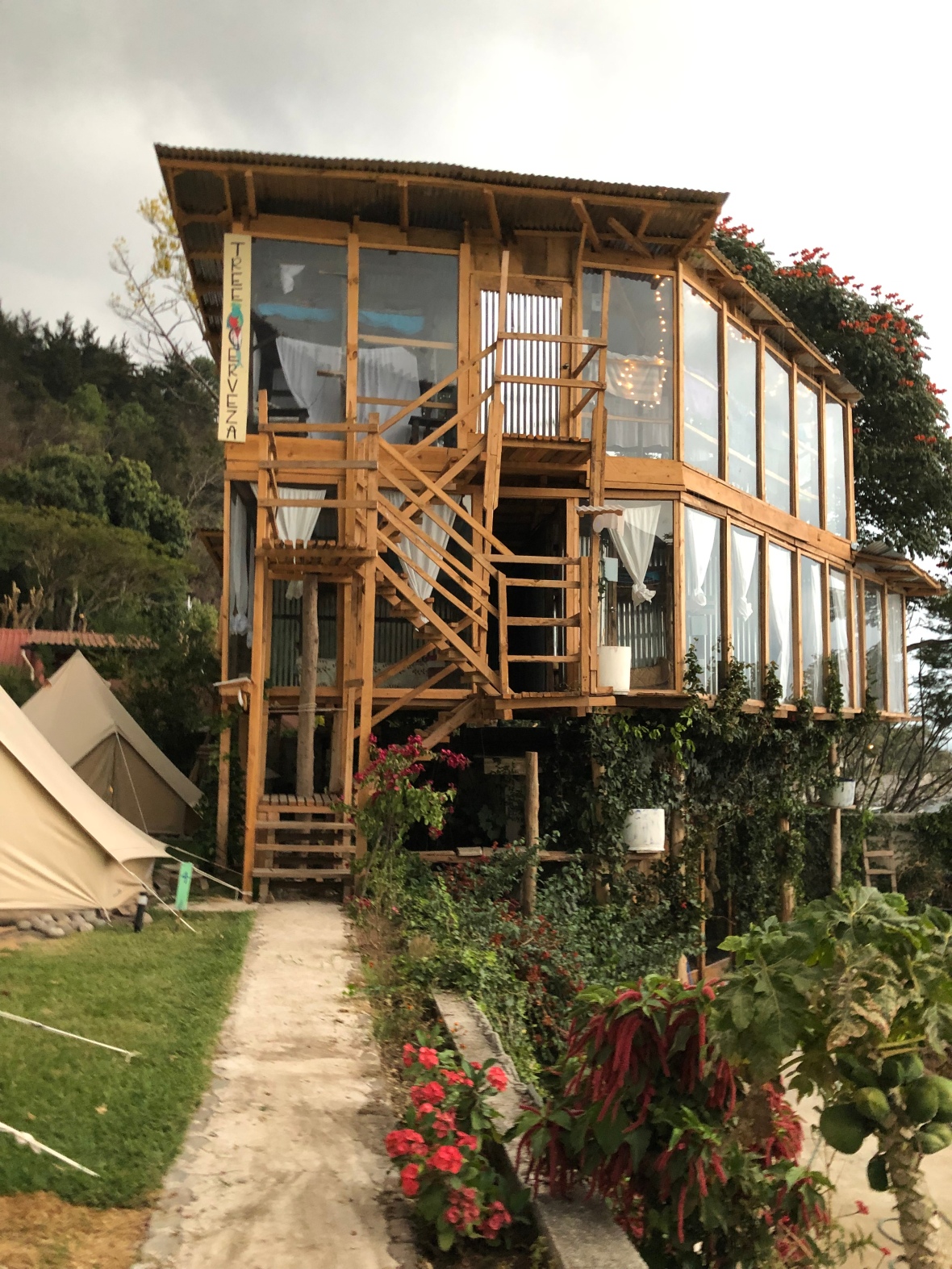 Our stay in Lake Atitlan was short and sweet. It’s a great place to chill for a few days. In addition most hotels have great links to Guatemala City, back into Antigua and down into El Salvador.

Our journey continued onto Guatemala City where we picked up Georgia from the Airport. From a travellers perspective, there isn’t much to do in Guatemala City – so most people tend to avoid. 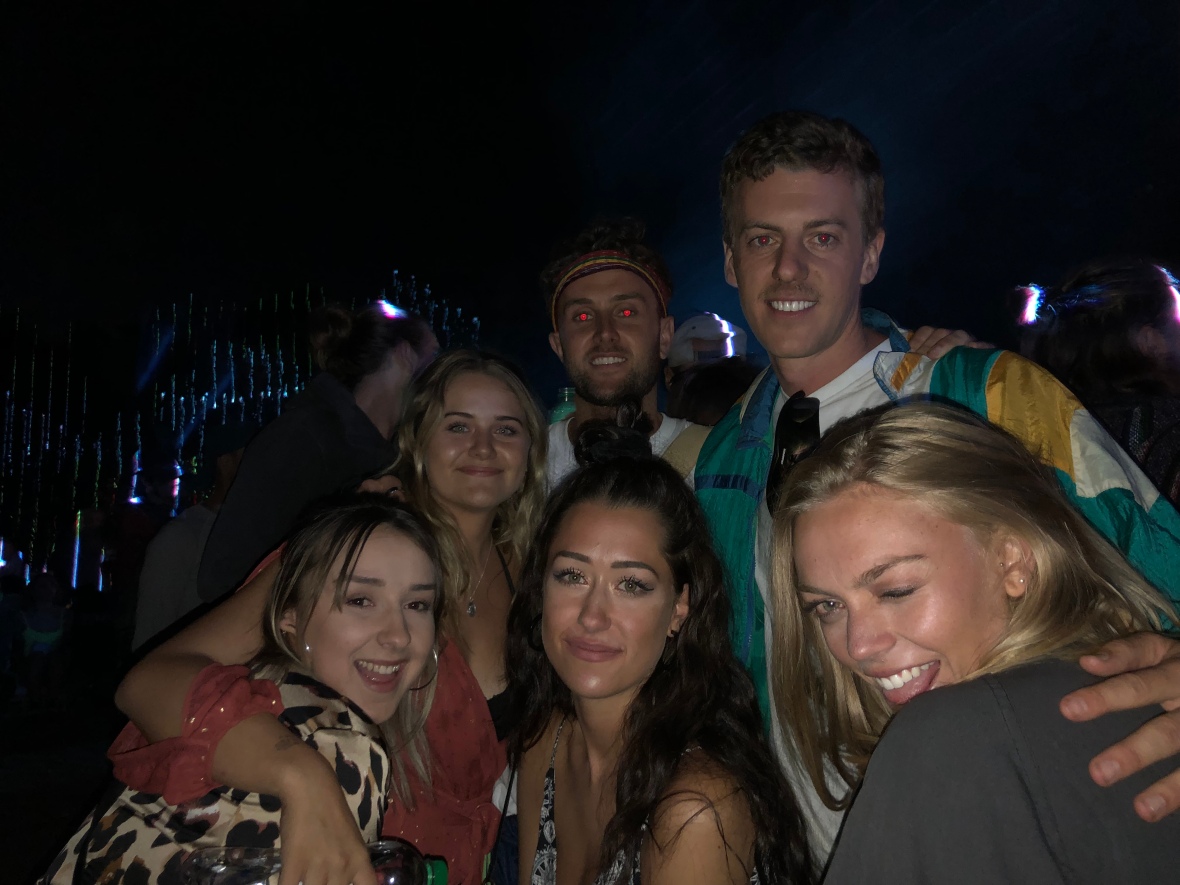 As you can see, there is so much to do and see in Guatemala and from what me and Phoebe experienced was only a flavour on what Guatemala has to offer.

Of all the places I visited, Guatemala was my favourite because it is so beautiful from region to region and no matter where we went, we were blessed to have met so many amazing people which in turn made the experience of Guatemala so much more profound.

I pretty much miss Guatemala every day 😦

2 thoughts on “Why everyone should visit Guatemala”

Far too many times in life, I am reminded of the fact we have one life; don’t live with regrets.

‘I began to realise how important it is to be an enthusiastic in life. If you are interested in something, no matter what it is, go at it at full speed, embrace it with both arms, hug it, love it and above all, become passionate about it. A lukewarm life is no good.’